2018 was an especially strong year for new franchises, with a number of new clubs turning in strong performances on and off the pitch, including Lionsbridge FC finishing in the top five for total attendance in the league and a number of new clubs in large markets such as San Francisco. The Cranes finished the inaugural season with a 6-6-2 record and won the 'Golden Scarf' - league-wide awards for excellence - for Best Team Scarf. The Cranes also finished in the top three for social media promotion, new revenue generating idea, and promotional video.

"Kaw Valley FC epitomizes the 'Path to Pro' model of USL League Two," USL League Two Vice President Joel Nash said. "The product they produced both on and off the field in their first year was incredibly impressive and we look forward to seeing them continue to grow in the future."

Alumni from the 2018 squad have already, among other accolades, signed a professional contract (goalkeeper Santiago Restrepo) and won a collegiate national championship (Santiago Sierra and Adrian Gutierrez at Central Methodist University). The Cranes will begin the 2019 season in May with five matches at Rock Chalk Park in Lawrence and two matches in Topeka.

"We could not be more humbled to win this award," Dudley said. "It is a testament to our players, coaches, staff, partners, and fans for all their hard work and dedication in our inaugural season. All of the finalists were more than deserving and we thank everyone at the USL for this honor." 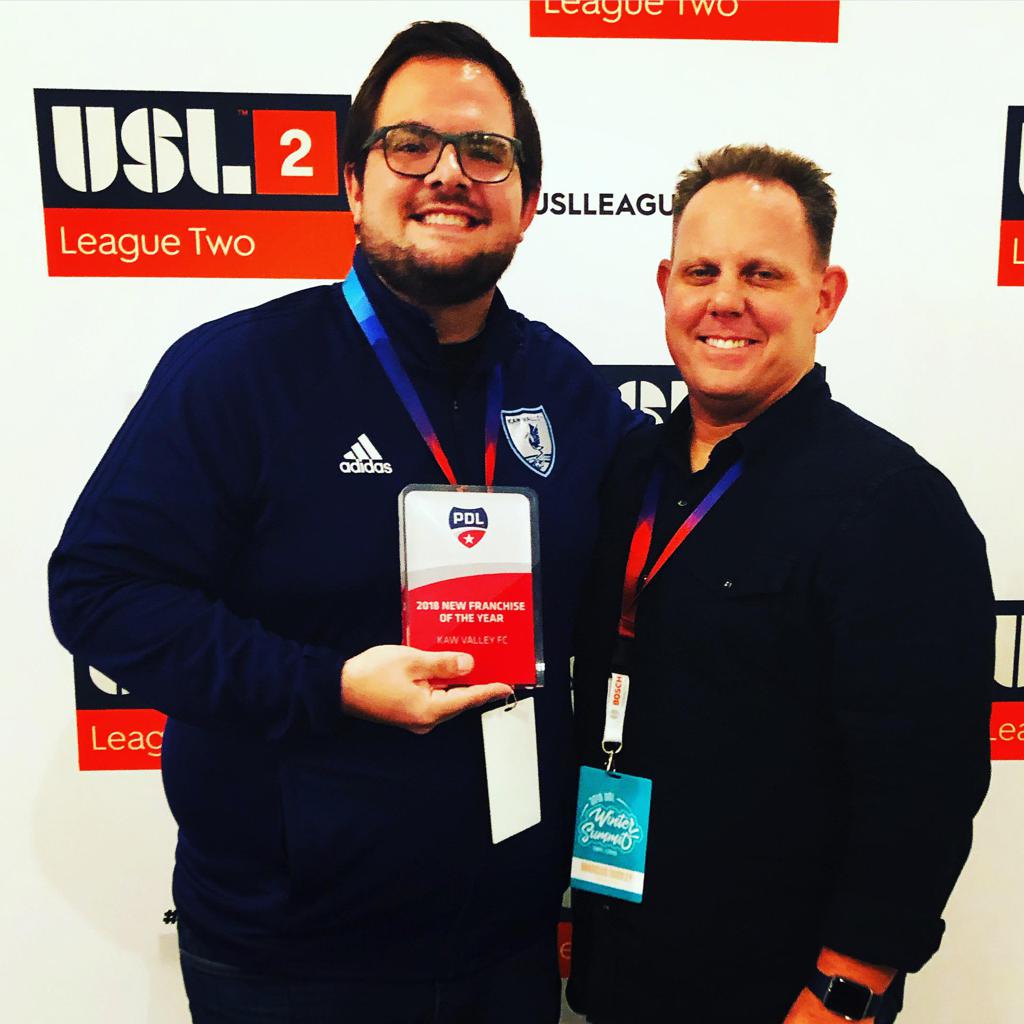